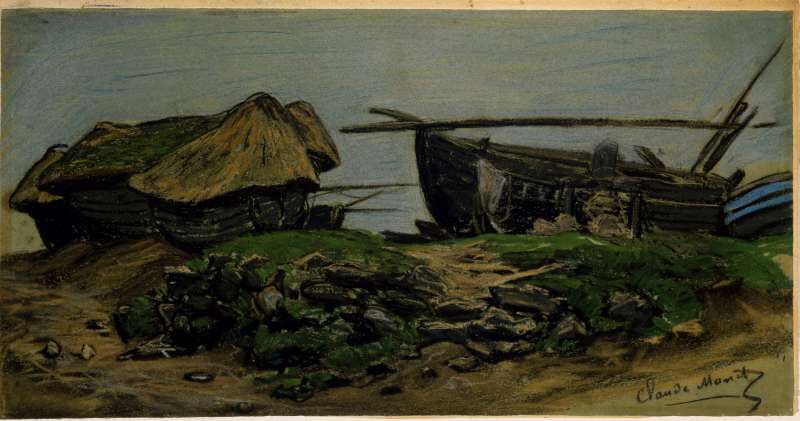 Monet was familiar with the coastal villages of Normandy, which he visited frequently from an early age. Around 1868 he rented a house near the small fishing village of Étretat, and this seascape was probably made at that time. Its subdued colors, typical of his paintings from that period, contrast sharply with his earlier works. Monet's use of the medium of pastel was masterly, as can be seen in the subtle distinction between the color of the sea and of the sand and in the rich texture of the vegetation and of the weather-beaten boat and caloges (fishermen's boats turned into huts). With the elimination of figures and reduction of pictorial elements to sea, boats, and rocks, Monet was able to greatly enrich the painting's surface. After his hometown of Giverny, Étretat is the place where he made most of his paintings, returning there in 1883-86 and creating over 50 additional works.

Perry-Lehmann, Meira, One Hundred Works on Paper: From the Collection of The Israel Museum, Jerusalem, 1986, English / Hebrew