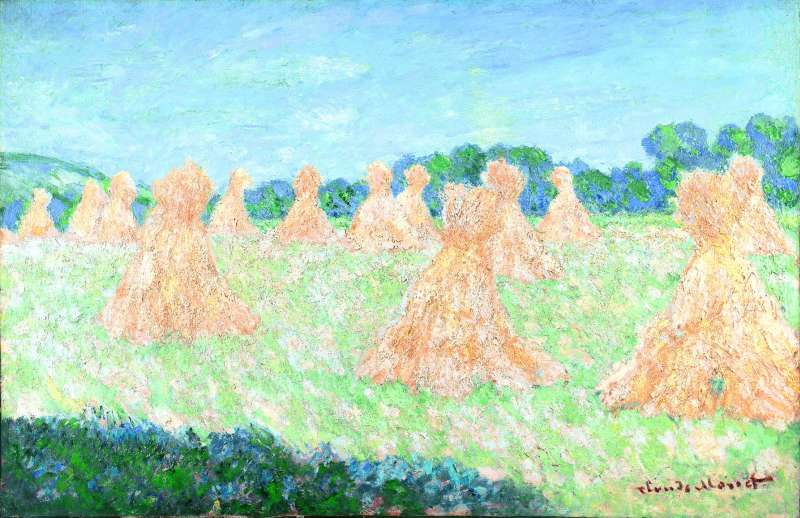 As a young artist in Paris Monet he was particularly impressed with the work of Courbet and Manet. During the 1860s he painted large-scale, ambitious works in an effort to attain fame at the Salon. Even at this early stage Monet wished to produce a monumental art equal to anything in the museums. These works differed from the conventional painting of his time in that he deliberately avoided the usual “polished” surface, opting rather to apply his paint in animated, separate, clearly defined strokes applied with a heavily laden brush. By the end of the decade, he had arrived at a new, modern approach to painting, which incorporated all the elements that would define the Impressionist style.

The decade of the seventies was one of consolidation of the principles of Impressionism. By the 1880s, like several of his colleagues, Monet become dissatisfied with his work and searched for new ways to express his growing awareness of the way atmospheric conditions influenced both the final painting, and his own personal responses to the motif. Slowly, he developed the idea of painting in a series, presenting the same subject under different conditions of light and weather. These series allowed him to concentrate on the “envelope,” the condition of the air surrounding objects, and to fully explore its changing effects. At the same time, when exhibited together, they achieved the monumentality for which he strove, while remaining completely modern in conception. The grain stacks, which he began in 1888, were the first of these large series to be exhibited together. These were followed by the Rouen Cathedral series of 1892 and finally the Water Lilies that occupied the last thirty years of his life.

The Young Ladies of Giverny, Sun Effect, takes its name from the shape of the sheaves which constitute a provisional shelter against bad weather, pending the construction of the haystacks proper. It was painted on the plains of Ajoux, not long after the Rouen Cathedral series. Though the subject is also grainstacks, it differs from those in the earlier 1888 series in their form and the large number of stacks represented. Our work is one of three paintings of the same field that are compositionally almost identical. Here, however, Monet has worked the canvas in heavy impasto. The thick paint imparts a sculptural quality to the stacks, imbuing them with a strong textural reality. As the stacks cast no shadows, the artist appears to have been working at high noon. Provisional by nature, these stacks would not have remained long enough in the fields for Monet to work on an extended series of this motif. Perhaps this is one of the reasons he abandoned the subject without exploring its possibilities further.