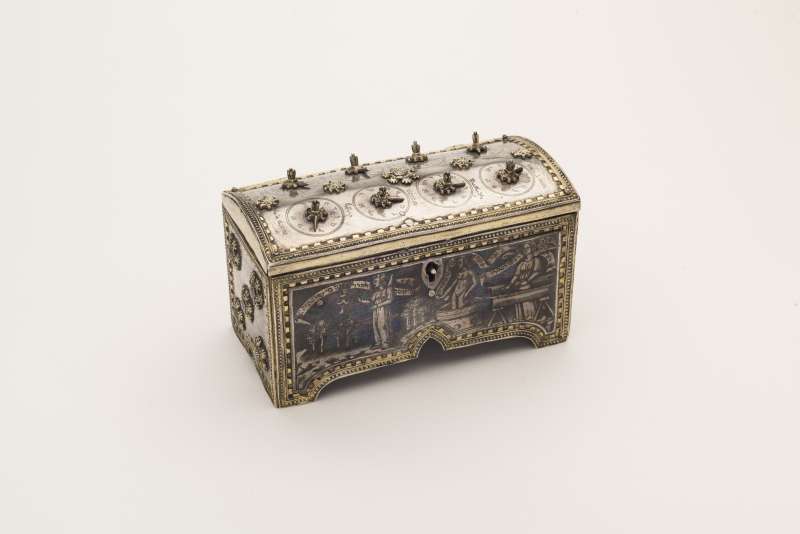 Northern Italy
Second half of the 15th century

Inscribed in Hebrew: On the side, an acronym representing the three women’s commandments (to separate hallah, immerse in a ritual bath, and light Sabbath candles); on the lid, names of clothes and household linens are inscribed in Hebrew and Italian in Hebrew letters

On the side of this rare box, the three religious precepts given specifically to women are depicted: separating hallah, immersing in a ritual bath, and lighting Sabbath candles. The box was presented to a woman in honor of her marriage, and was probably designed to hold the keys to clothes chests. Due to the prohibition against carrying anything outdoors on the Sabbath, the keys were placed in this box and the owner wore the tiny key to the box as an ornament. The dials on the lid enabled her to keep track of the assorted tablecloths, sheets, and clothing used in the household.