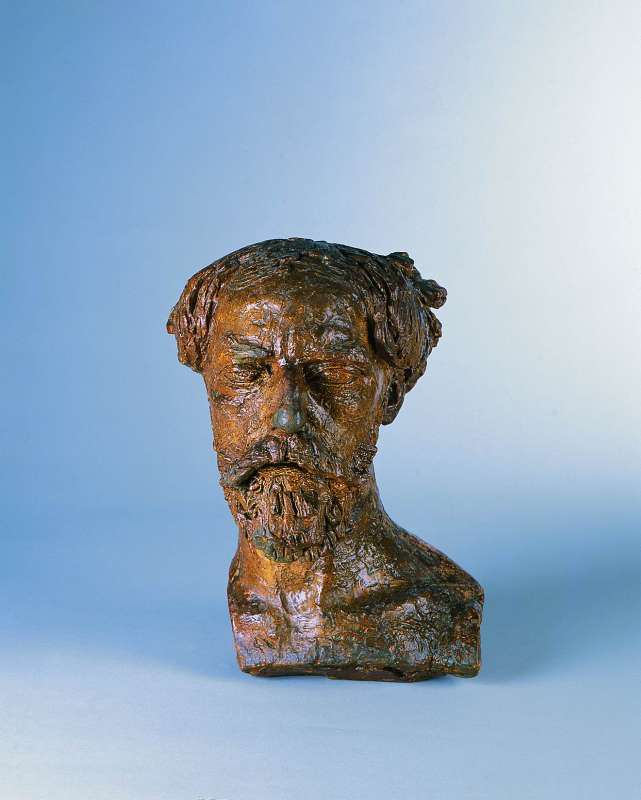 Gift of the Jacob Epstein Estate

The British portrait painter and draftsman Augustus John (1878-1961) was among the first friends Epstein made in England. A popular figure in London society, John was considered the epitome of bohemia. His free-flowing hair and beard and dramatic character are captured in this portrait, which, in Epstein's words, conveys "a certain wildness, an untamed quality that is the essence of the man."