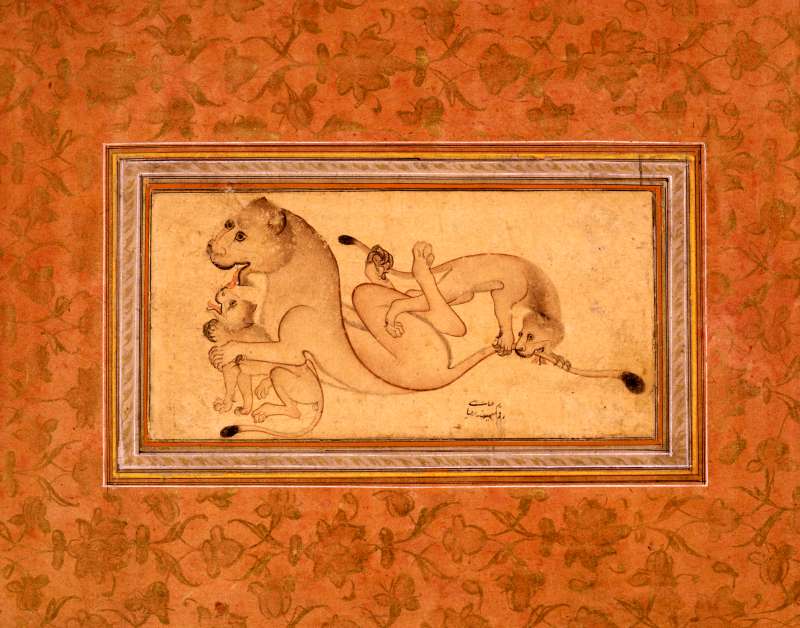 Ink and gouache on paper

This representation has been reduced to the barest of essentials. A smooth, buff-toned, polished paper acts as the support for the washes of dark brown pigment contained within gray and red-brown lines. The many seemingly spontaneous drawings of lionesses, either alone or with mates or cubs, done during this period might lead to the false conclusion that predatory felines were common in daily life. This, however, was not the case. The popularity of lion drawings stems from the appeal of the feline's supple movements and languorous postures, which allowed artists to exercise their ability and mastery of the calligraphic line. By manipulating perspective to show both the profile in the upper portion of the lioness' body and the upturned rear portion, allowing the undulating line to act as a dividing line, Riza Abbasi has managed to unite the three cats. He has thus achieved a symmetrical, visually balanced composition, allowing the mother to play with both cubs simultaneously.