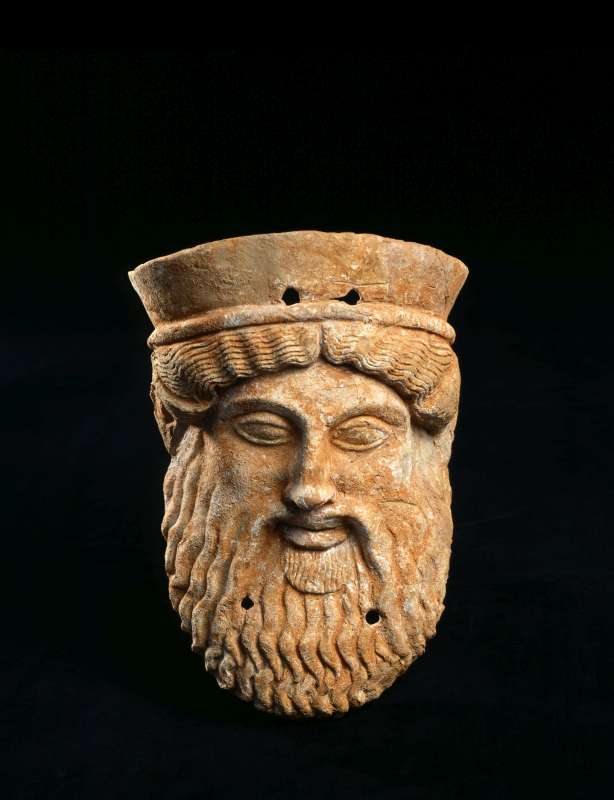 Bequest of Norbert Schimmel, New York, to American Friends of the Israel Museum

This life-size mask belongs to a small group of terra-cottas from Boeotia, Greece, made in a mold and representing the wine god. Remains of white, blue, red, and yellow can still be seen on the mask, indicating that it was originally polychrome. Its style is close to Boeotian terra-cotta works from the mid-fifth century BCE, dating it to the Classical period. The use of masks was characteristic of the Dionysian cult, in which even the god's votaries donned masks. Here the god is depicted as a bearded man wearing a crown. The holes in the mask and its downward glance indicate that it would have been mounted high above the viewer. It most probably served as a cult image, such as the ones known from Boeotian rural rituals in which the god's image sometimes consisted of a mask and garment hung on a pole. Women played the main role in the ecstatic cult of Dionysos; they were said to abandon their duties, homes, and children in favor of wandering in the mountains, dancing, and reveling in the presence of the god, who probably appeared before them in the form of a mask like this one.