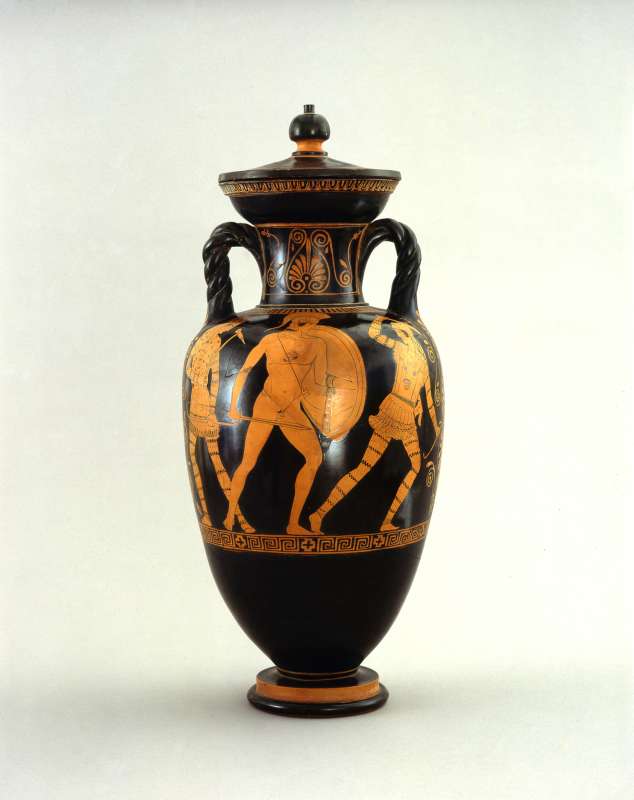 Gift of Jan Mitchell, New York, to American Friends of the Israel Museum

Amphoras, used for storing and carrying wine, oil and other commodities, were two-handled vases with a wide body, narrower neck, and a lid. The decoration on this amphora is ascribed to the well-known Athenian Polygnotos School. The front is decorated with a scene from the battle of the Amazons, a mythical nation of female warriors, who fought with but were defeated by the Greeks. The popular artistic and literary theme of this battle represented the triumph of the civilized world over barbarism. Here, Theseus is shown supported by Antiope, his Amazonian wife, who according to legend fought at his side against her sisters until she herself fell in battle. Inscriptions next to their heads identify the principal figures.