Game of Senet, including a game board and twenty playing pieces 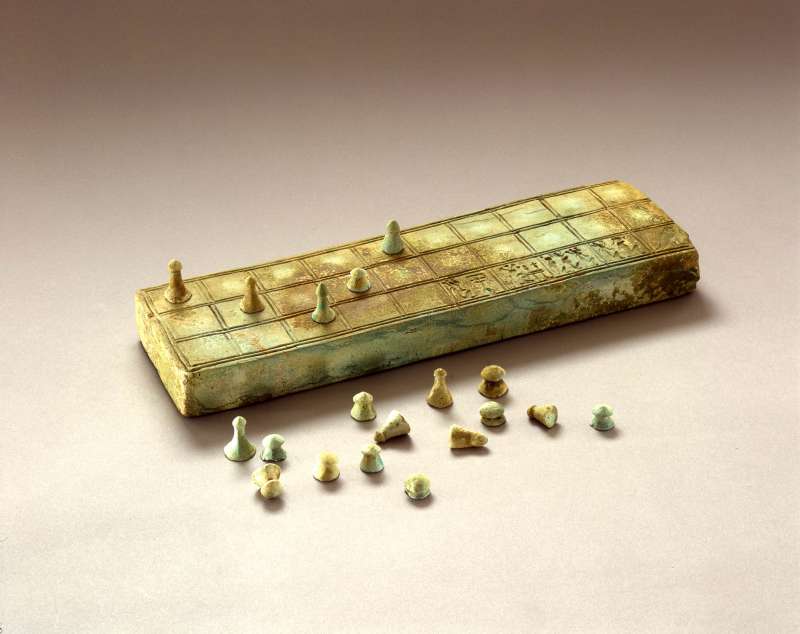 Game of Senet, including a game board and twenty playing pieces

Bequest of Norbert Schimmel, New York, to American Friends of the Israel Museum

The board game most favored by the ancient Egyptians was Senet, the game of "passing." Boards and other equipment for the game were found in tombs of commoners, nobles and kings from the earliest dynasties, and remains of elaborate boards, as well as crude grids or sketches, reflect its popularity among all classes of society.Two people played Senet on a board marked with thirty squares arranged in three parallel rows of ten. The number of playing pieces varied from five to ten, and each opponent advanced by throws of marked sticks, used in the same manner as dice. The object of the game was to advance along the board, passing an opponent by blocking or eliminating the latter's pieces.

During the New Kingdom, tomb walls bore representations of Senet players, for the game had acquired a religious-magical meaning, symbolizing the passage of the deceased through the netherworld, his resurrection dependent upon his winning a Senet game. The last five squares were given new markings, reflecting the desired arrival in the divine domain of eternity. This board is an example of such a funerary Senet. Faience was the most common material for Senet boards, but examples made of wood also exist, some including drawers for the pieces.