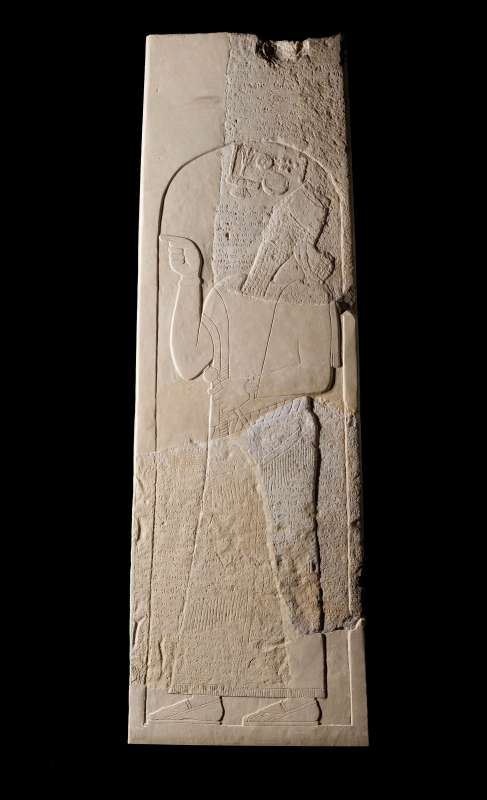 Reconstruction made possible by J. and J. Weprin to American Friends of Israel Museum

This stele depicts Tiglath-Pileser III, founder of the Assyrian Empire, holding a mace - a royal emblem of authority - and wearing Assyrian royal headgear. Above him are symbols of the main Assyrian deities. Although the inscription commemorates the king's military campaigns, he is portrayed as a worshiper rather than a conqueror. The inscription mentions payment of tribute by Menachem son of Gadi, king of Israel, an event described in the Bible (II Kings 15:19-20).

Digital presentation of this object was made possible by:
The Ridgefield Foundation, New York, in memory of Henry J. and Erna D. Leir