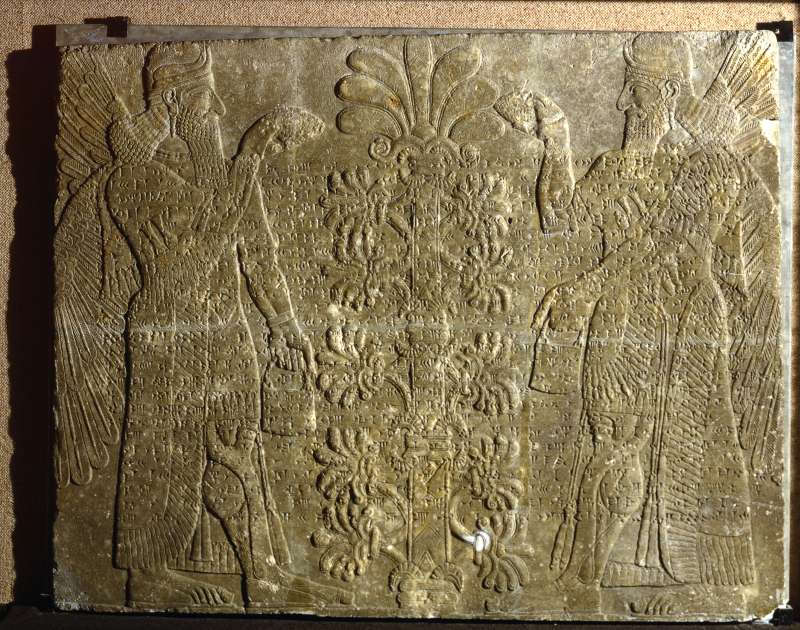 A stylized date-palm tree flanked by two winged human-headed genies appears on many wall slabs decorating the North-West Palace of King Ashurnasirpal II, built in his newly founded capital, Nimrud. The numerous repetitions of this pictorial theme throughout the royal buildings testify to the significance of the scene, despite the lack of related written sources. The motif of a tree with two genies may be a symbolic representation of the pollination of date palms, implying the bestowal of abundance on the entire kingdom.

Three aspects of this slab are of special interest: its relatively small size, its twenty-six-line cuneiform Standard Inscription (most of which tells of the territorial expansion of Assyria) stretching from shoulder to mid-calf, and its large signs. Although the exact original placement of the slab is unknown, the evidence suggests that it originated either in the east wing of the North-West Palace or in the Temple of Ninurta north of it, both probably dated early in the building process of Nimrud.