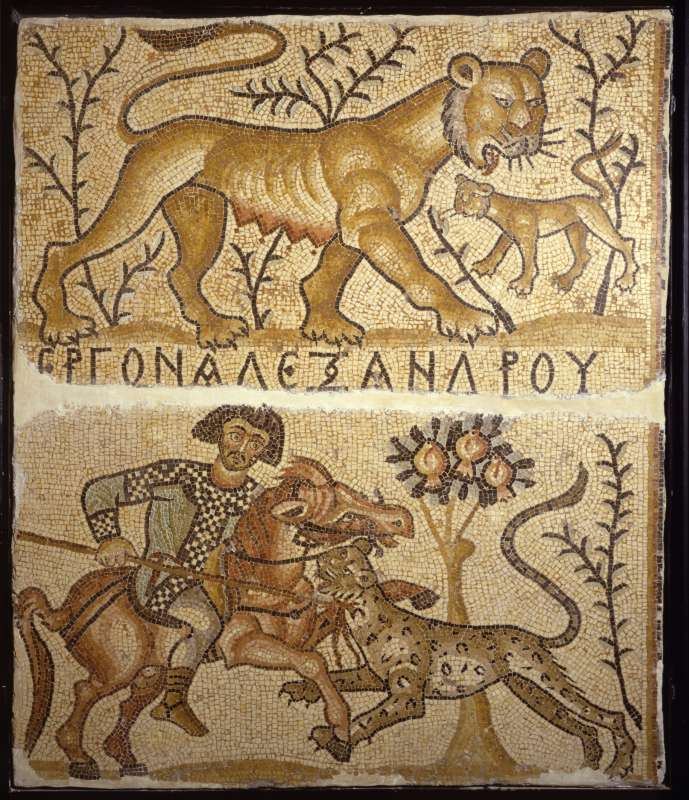 Mosaic floors were among the most popular forms of artistic expression in churches of the Byzantine Period. However, since they were designed to be walked upon, they were not decorated with sacred figuers and motifs. Instead, they usually bore scenes of daily life that were common in the Hellenistic-Roman artistic tradition. This mosaic shows animals hunting and being hunted, as well as imaginary beasts. The Greek inscription, “the deeds of Alexander,” accompanies the image of a hunter mounted on a horse, who probably represents Alexander the Great.