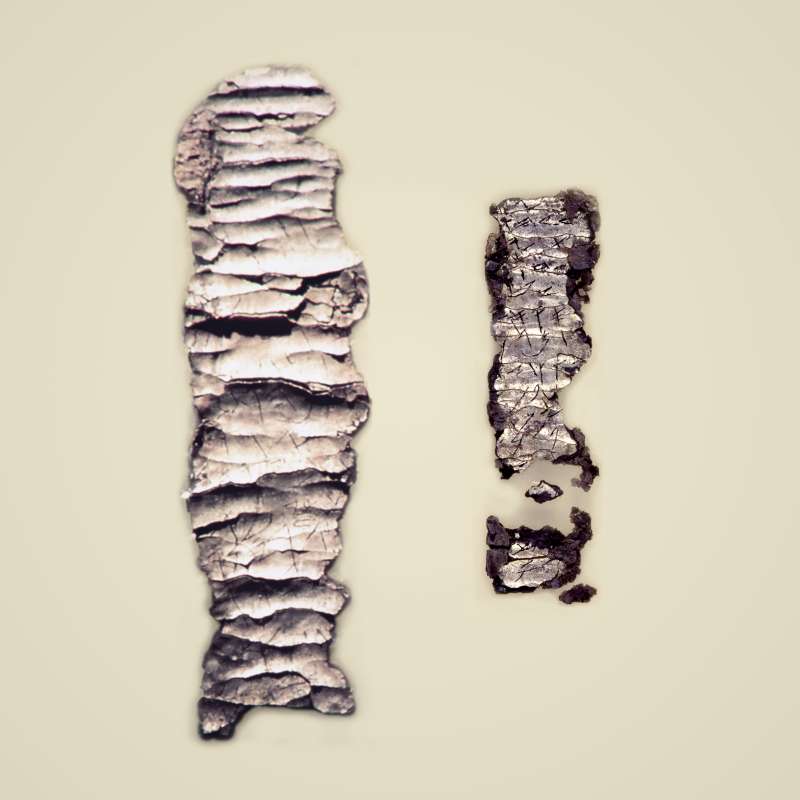 These two silver amulets bear the oldest copies of biblical text known to us today. They are some five hundred years older than the Dead Sea Scrolls.
The amulets, inscribed with ancient Hebrew script, were found rolled into tiny scrolls in a burial cave in Jerusalem. They were incised with a sharp, thin stylus, no thicker than a hair’s breadth, and thus deciphering the inscription was difficult. The lower part of the inscription has been identified as a version of Numbers 6:24-26: “The Lord bless and protect you. The Lord deal kindly and graciously with you. The Lord bestow his favor upon you and grant you peace.” This formula, which found its way into the Jewish liturgy, is known as the Priestly Benediction.