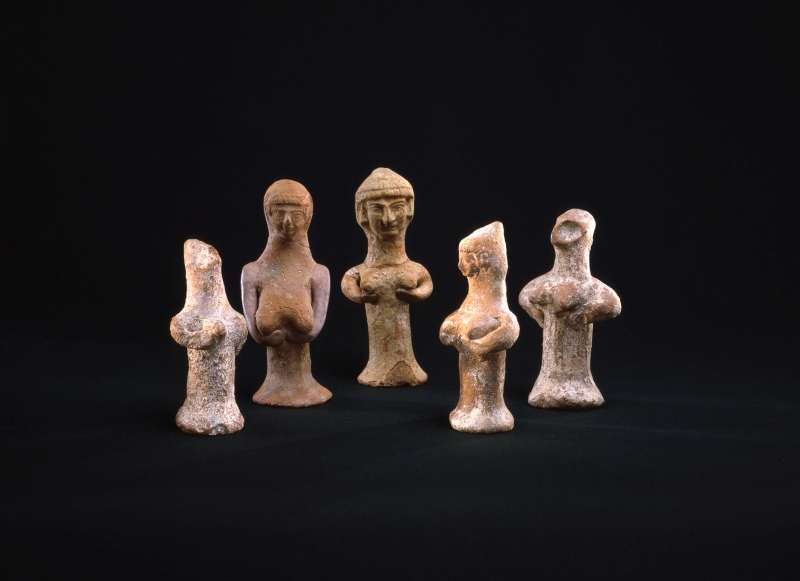 Clay figurines of this type were found in settlements throughout Judah, mainly in private dwellings. Their upper parts were designed in the shape of a woman's body with ample breasts, often supported by the hands. The heads of many of the figurines were made in a mold, some with wig-like headdresses and others with conical hats. In the so-called bird-faced Astarte figurines, the noses were formed by pinching the soft clay between the fingers. The figurines were regarded as having magical properties and were kept as household cultic amulets to enhance fertility. They are commonly identified with the well-known Canaanite deities Astarte or Ashera. The use of such objects was vehemently condemned by the prophets of Israel. In excavations of the City of David in Jerusalem, more than two thousand cultic figurines were found, all of which had been smashed to bits. This may have been connected with the religious reform of Josiah in the late seventh century BCE, described in II Kings 22-23, the primary aim of which was the abolition of idolatry and the establishment of the centrality of the Temple in Jerusalem.