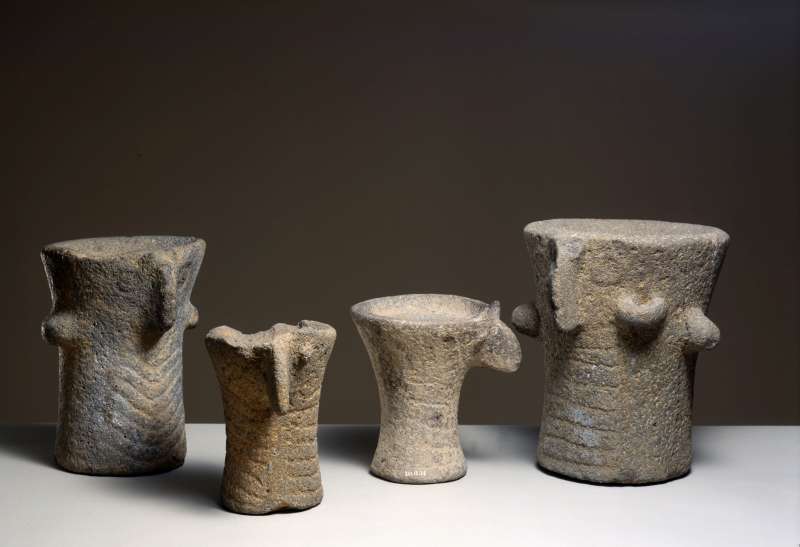 Gift of Jeannette and Jonathan Rosen, New York, to American Friends of the Israel Museum

Although the precise origin of these magnificent pillar figures is unknown, they probably originated in the vicinity of Irbid in north Jordan. Very similar pillar figures were excavated in various sites in the Golan. They come from the Chalcolithic culture and were found only in dwellings, where they were often placed on wooden shelves built along the walls. One-piece pedestals with shallow, bowl-shaped tops, they are often decorated on their bases with schematic human faces, consisting of eyes, a prominent nose, and sometimes a beard or horns and an additional pair of protrusions. Mouths are rarely indicated.

These figures probably represent household gods. Those with horns, for example, symbolized the sheep gods, while those without horns signified the gods of the fields. Offerings, most likely milk, seeds, and grains, would be placed in the bowls at the top of the stands, to ensure the fertility of the land and livestock. Alternatively, the pillar figures may have been used as portable home altars on which incense offerings were burned. The fact that they did not have any fixed location seems to support the latter theory.