Objects from the Cave of the Treasure 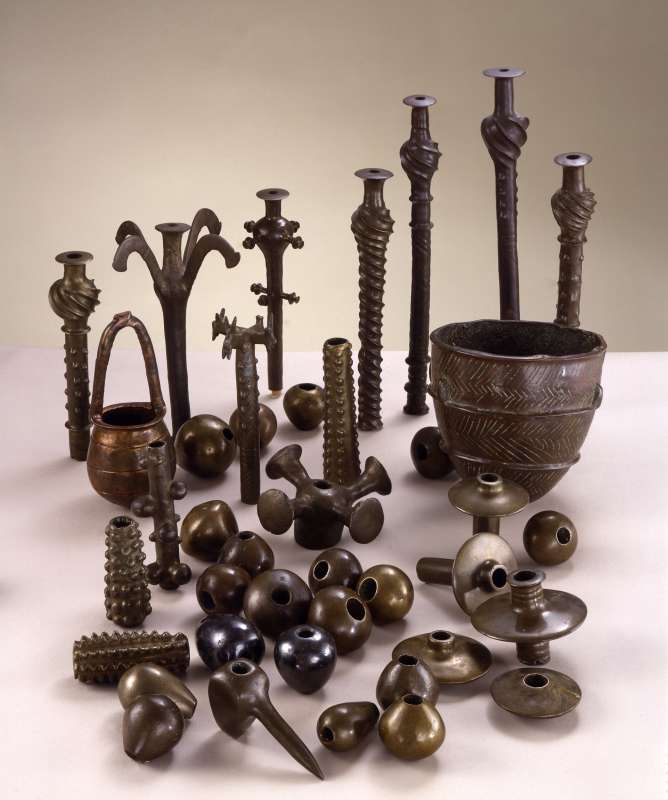 Objects from the Cave of the Treasure

An astonishing hoard of 429 ritual objects was discovered in 1961 in a remote cave above Nahal Mishmar in the Judean Desert. The objects were found wrapped in a woven mat, concealed behind a large stone. They included hundreds of mace heads, dozens of scepters, and several enigmatic objects, such as the "crowns." Most of the objects were made of copper, with a few made of ivory or stone.
It is possible that this spectacular treasure belonged to the sanctuary at En Gedi, some 12 km away. It seems that some approaching danger led the priests to stow away the precious objects in the hope of better days to come.