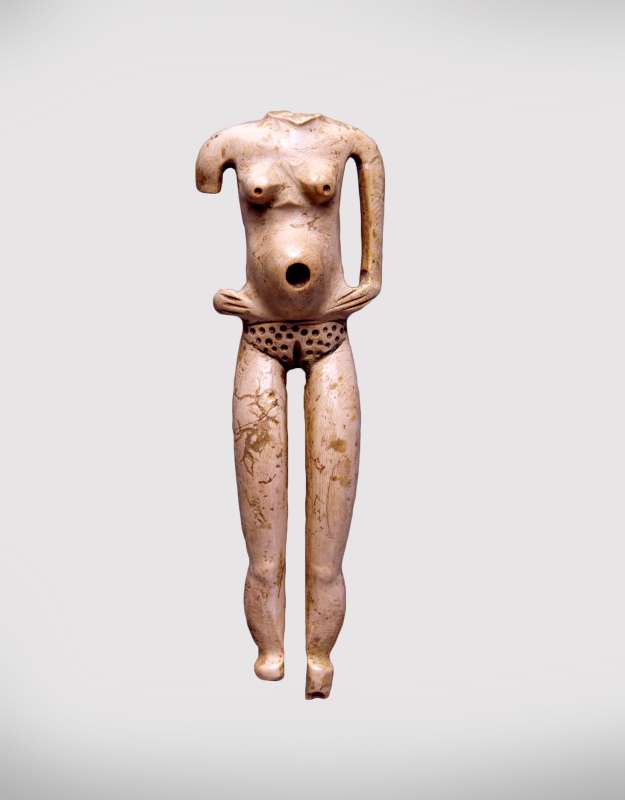 A group of objects made of hippopotamus tusks was discovered in Beersheba. In a workshop found in a subterranean dwelling, a complete canine tooth was revealed, together with a stone worktable, cutters' tools and ivory splinters. This evidence of a local ivory industry, in addition to the large number and variety of ivory objects that were found, suggests the existence of a prolific and creative school of highly skilled artisans.

Carved from a single piece of tusk, this mysterious figurine - beautifully preserved though headless and missing part of the right arm - is a nude female, apparently in an advanced state of pregnancy, with a large circular aperture in the place of her navel. Her hands rest on her hips, and her legs are slightly flexed as if moving; her pubic hairs are marked by drill holes, which were probably originally filled with bitumen or another material. The figurine, which is curiously lifelike, has a smooth, highly-polished surface. It somewhat resembles Egyptian Predynastic ivories.