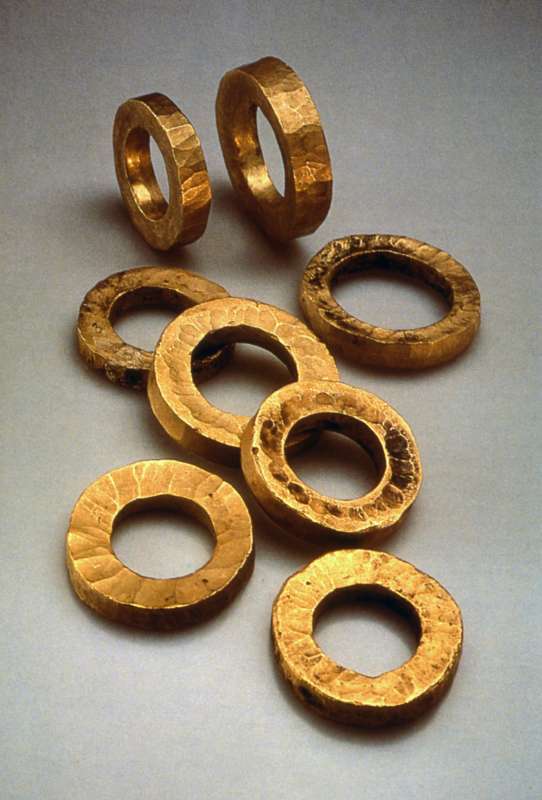 Staff Archaeological Officer in the Civil Administration of Judea and Samaria
Accession number:

In a natural cave used for burial, eight precious circlets were discovered next to the bones of one of the deceased. Together, the circlets weigh almost a kilogram. Six are made of electrum (70% gold and 30% silver) and two are pure gold. Mined in southern Egypt, this is the oldest gold ever found in the land, and among the oldest in the entire world. The circlets were cast in open molds of sand of clay. They do not appear to be jewelry, but may have served as ingots.