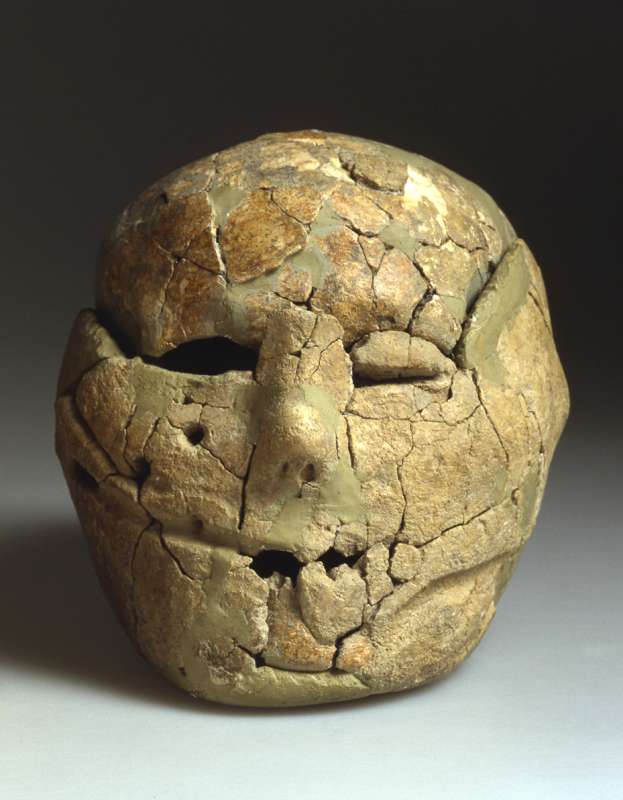 During the Pre-Pottery Neolithic B period, it was common to separate the skull from the skeleton before burial. In several sites in the Levant such skulls had facial features modeled in layers of plaster. They were found in separate burials below house floors, probably reflecting a form of ancestor worship that may have reinforced the sense of land ownership during a period that witnessed a shift to sedentary villages. Another type of skull, unique to the Nahal Hemar Cave, near an asphalt source, has a coating of asphalt on its back. This layer is decorated with rolled cords of asphalt arranged in a netlike pattern resembling hair or a woven headdress. These skulls may also be indicative of ancestor worship. The absence of facial features suggests that the masks found at this same site were meant to be attached to the skulls. If so, then the Nahal Hemar skulls may express a different cult practice than that of the plastered skulls.