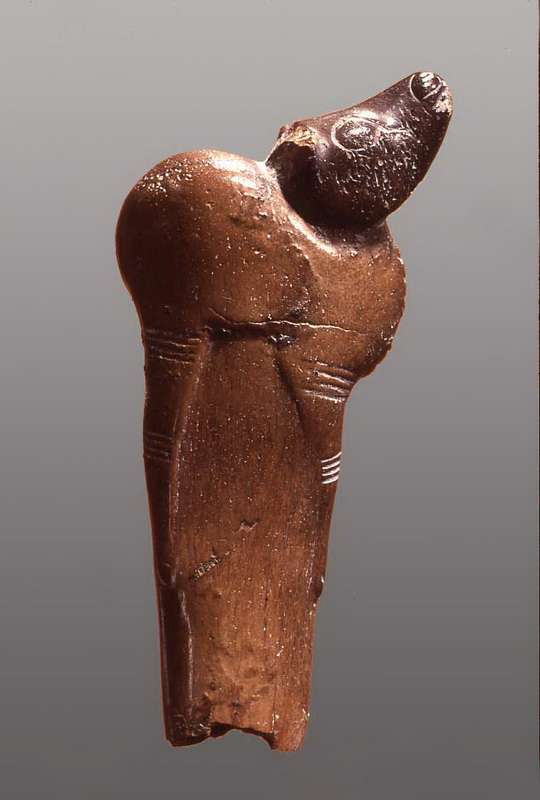 This masterly carving was found in 1928 in HaNahal Cave, on the western face of Mount Carmel, during archaeological explorations following quarrying for the construction of Haifa harbor. Subsequent excavations revealed a group of Early Natufian burials immediately below the spot where this animal figurine had been found. The original identification-a young deer-is by no means certain. The figure is complete, carved from the end of a long bone that had been split lengthwise in two. Employing the natural shape of the bone, the head was carved in three dimensions in the upper part and the lower part was used to depict the body and legs. Details such as the mouth, muzzle, eyes, and horns-one of which is broken-are all represented with great skill, making this one of the most beautiful examples of prehistoric art. The beginnings of the cultivation of cereals and legumes, the transitional period from hunter-gatherers to farmers, took place some 12,000 years ago, early in the Natufian period, within the "Levantine Corridor," the area stretching from the middle Euphrates through the Damascus Basin into the Lower Jordan Valley. The earliest agricultural tools from this period consist of grinding and pounding tools and sickles. This piece may once have formed the end of a sickle handle.