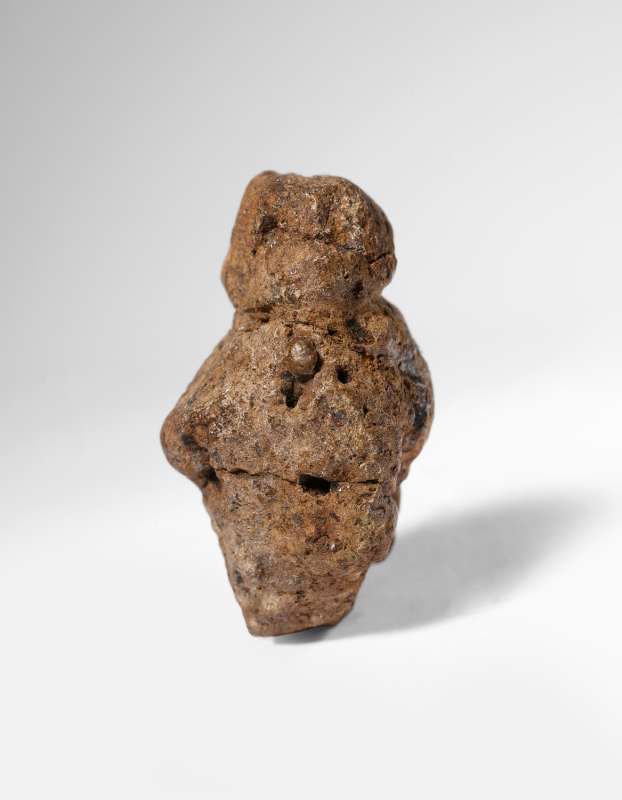 Rare objects recently found at prehistoric sites in Israel may herald a revolution in the current approach to the origins of art. These finds suggest that art began hundreds of thousand of years earlier than scholars had believed, and that the creators of this art belonged to an extinct human species that preceded modern humans, Homo sapiens sapiens, the latest stage in the development of humanity. The most remarkable find is a 233,000-year-old female figurine from Berekhat Ram in the Golan. Made of local volcanic material, this pebble is 3.5 cm long, 2.5 cm wide, and 2.1 cm thick. Microscopic analyses have proved that it was shaped by human hands, rendering it the oldest work of art ever found. It was incised with a flint tool, which was also used to shape the head, arms, and ample bosom. This very ancient object is the oldest creation of local artists, who were apparently the first artists in the world.