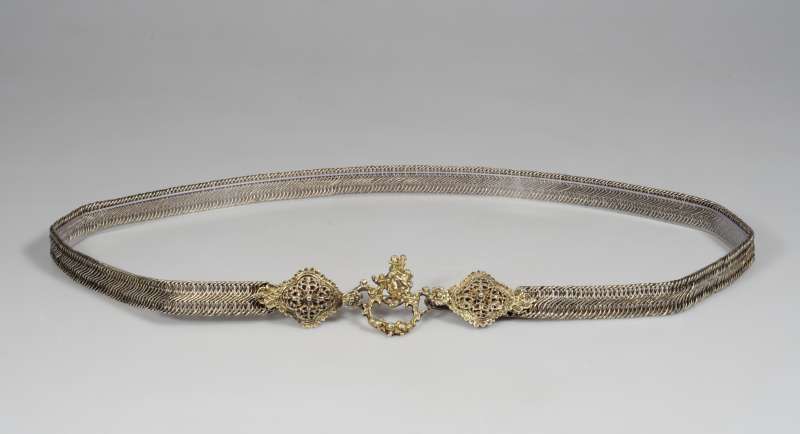 The Feuchtwanger Collection, purchased and donated by Baruch and Ruth Rappaport, Geneva

In Rabbinic literature, sivlonot refers to gifts the groom gave his wife-to-be. Among German Jews, from the 16th century on, sivlonot took the form of belts: the groom sent his bride a belt with a gold buckle; she sent him a belt with a silver buckle. The couple would then wear the belts under the huppah, sometimes attaching them by means of another belt or a chain. Sivlonot belts were often decorated with universal symbols of love, such as two intertwined hands holding a heart, or the portraits of a man and woman.