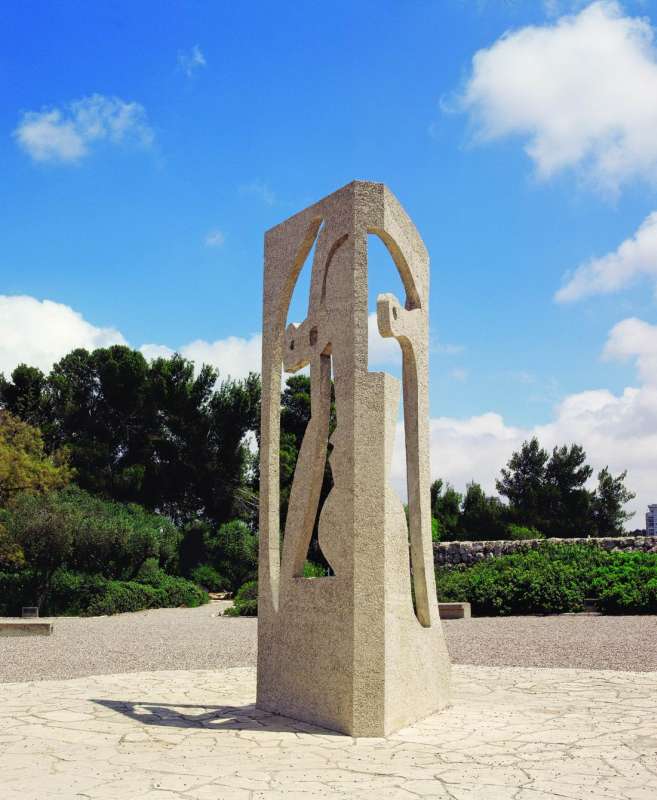 Gift of Friends of the Israel Museum, Antwerp

In 1912, Picasso began making three-dimensional paper and cardboard constructions that corresponded to his Synthetic Cubist style. Decades later, in 1957, the Norwegian artist Carl Nesjar introduced him to the concept of “concrete engravings,” and Picasso became interested in reproducing his small constructions in a greatly enlarged and more permanent form.Profile was one of his first concrete works to be executed on a monumental scale; Picasso supplied the plans for its installation in the Israel Museum’s Billy Rose Art Garden, designed by Isamu Noguchi.

The work consists of two concrete planes joined at a forty-five-degree angle, each exhibiting a profile reminiscent of that of Jacqueline Roque, Picasso’s wife in the last years of his life. One of the profiles combines frontal and side views in the Cubist idiom. The faces are defined by the absence of material, rather than by its presence, and they elude simultaneous perception. The voids incorporate the landscape as an active participant.