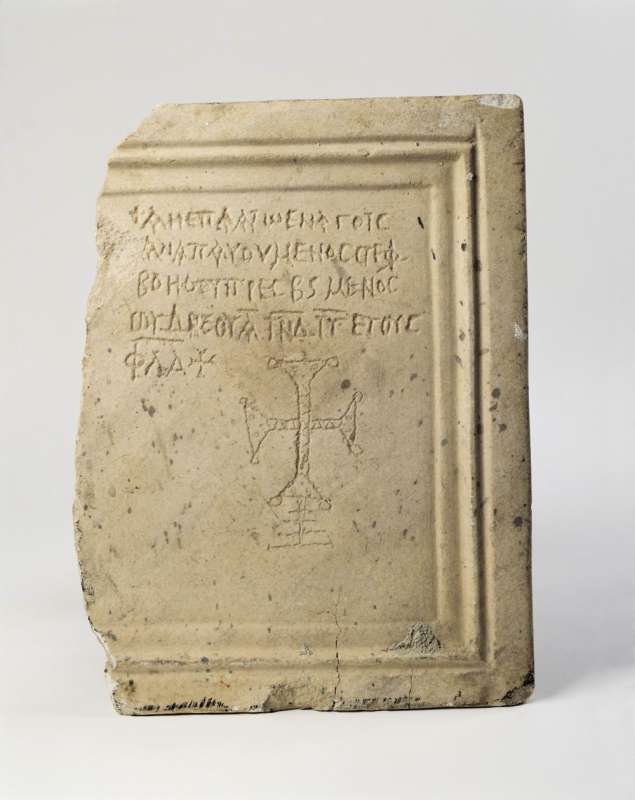 “Came to rest Stephen (son) of Boethos, priest, now resting with the saints, on the 1st of the month Audynaios, indiction 13, year 534.”

The functionaries of the church included the bishop, the priest, and the deacon, as well as various assistants. One could become a priest from the age of thirty and a deacon from the age of twenty-five. Women could also serve the church, as deaconesses. The large churches were headed by a bishop (episkopos), accompanied by a council of elders (presbyters). The deacons assisted the bishop with the collection of donations and the distribution of charity, and helped him perform the various rites. In the East, married men were not prevented from joining the clergy. However, once one had become a priest it was forbidden to marry. Imperial law granted the members of the Christian clergy special tax exemptions, as well as exemptions from public service. The clergymen were tried in separate religious courts and their salaries were paid by the bishopric.